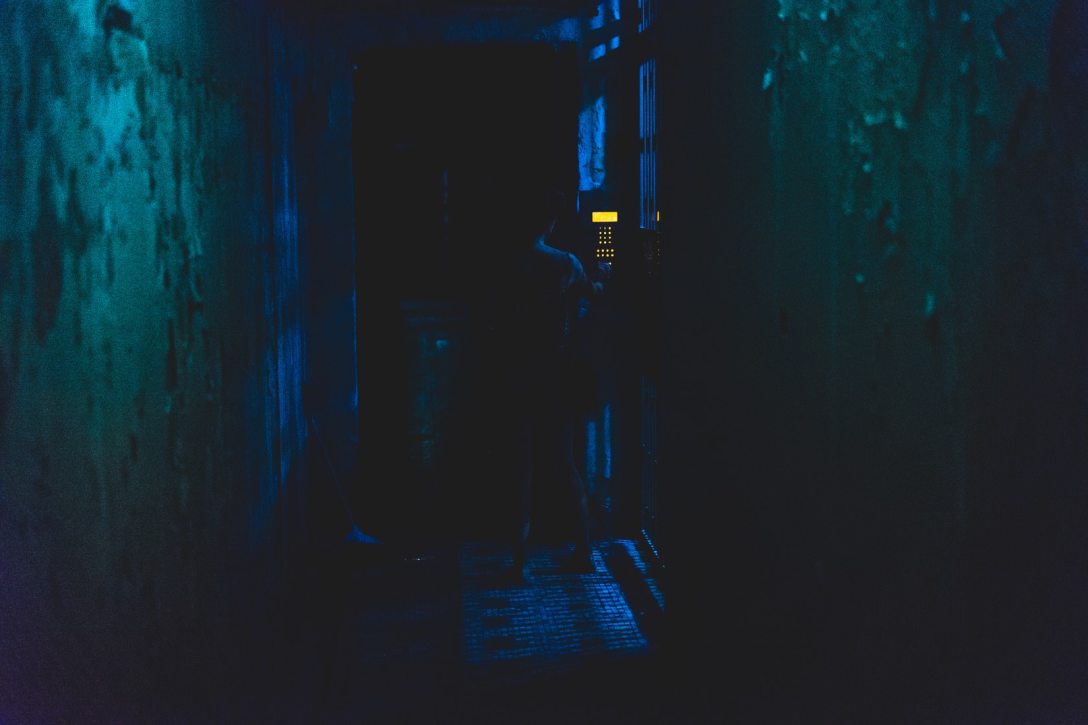 The thing about being a Nightwalker is:

You have to face the terror.

Visceral, pounding blood. Bones that crack beneath the weight of too much adrenaline. An impending knowledge that you, among these toothy tombs, are as strong as a twig against a mighty wind.

You are a Nightwalker. One who walks through the dreams of the despairing. Who can clamber up, and down—move among the dwelling horrors of the twilight hour.

A Nightwalker sees a nightmare.

And he can’t look away.

You must face the terror.

When I was a child, I started my walk.

Usually, when someone becomes a Nightwalker, they’re older. Have seen more. They face a horror so beyond human comprehension that their mind ascends—or, rather, descends.

That is what they would fall into.

Nightwalkers, in order to keep sane, teeter here, in the land of night terrors. We straddle the line of normal dreams and horrors, because we’ve seen the beasts of this world and we can accept:

There is worse to come.

I hear that there aren’t many of us that make it through the first night.

Some see the horrors and they turn away. Attempt to run, to hide.

A seemingly wise choice. Why shouldn’t you run from a ghoul made of rendered flesh and rotting bones? Why shouldn’t you try to escape a gargoyle with a thousand eyes and teeth protruding from every limb? Why wouldn’t you hide from a blind vampire with a hundred arms that dangle like dead branches?

Why would you ever try to fight something like that?

When a Nightwalker firsts walks into the world of nightmares, that’s usually the night it’s decided.

Whether you stay a Nightwalker, or:

Driven mad by the horror.

By gnashing, sharp teeth, and the ever-groaning dark. These things that creep and crawl and pillage. Your first night is the night that decides whether you stay a Nightwalker.

Or lose yourself entirely.

I was too young to remember my first night as a Nightwalker. Most of the others can tell you the first horror they saw. Can tell you what triggered their descent into the madness of dreams and despair. This abysmal land that swirls between bed knobs. They can tell you what beast first dragged them to conjure a blade, or summon their inner fire. They can remember their first fight clearly, how their monsters almost killed them.

For me, there was never a time before the nightmares. Never a time where I didn’t see the monsters, didn’t hear their incessant rumble through the night. They’ve always clawed at my walls, scratched at my ceiling. Slithered between the doorframe and the next room, always ready to devour.

For me, there was never a time I wasn’t a Nightwalker.

I have always seen the horrors. Always had a blade in my hand. Always called to the fire that burns—the smallest light in this black void full of raging terrors, of progressing nightmares, and parading fears. There has never been a night without this battle. Without me fighting back against these blood-beasts. With me resting, completely at peace.

For as long as I can remember, I have been a Nightwalker.

A shadow in the nightmare.

A lone light flickering in the background.

Barely able to abate the dark.

That is why we Nightwalkers exist in the first place.

We are the keeper of dreams.

The ones who walk through the dark.

We battle against the nightmares.

We have seen the horrors, and we have survived. We continue to survive, night after night, day after day. We draw our blades, and we increase our fires, desperate to keep these hungry shadows at bay.

We fight the nightmares in the hopes that they’ll leave others be.

In the hopes that their shadows will decrease.

We fight with the hope that our numbers—these torrented souls that cannot unsee the void for what it is, who have given up hopes on a normal life—will not increase.

We don’t want others to be entrenched in this haze. Held captive by these bloody burdens and growing fears. Among us, we’ve already seen the worst the world can give. We’ve already been drowned in the nightmares, slaughtered our sense with gallons of fear. There is no way for our minds to forgive these atrocities, to forget the things we’ve seen—the evil that has been done to us.

Why not stand on the front lines?

What more could they take, aside from our lives?

I am a Nightwalker.

When I was a child, they carved my calling into my nerves. Broke the innocence that could have spared me this pain. This aching, bleeding, darkly lit life.

When I was a child, I experienced horror firsthand. Lived a nightmare of a life.

These terrors that lurk in dreams…

That billow their scathing growls into the night…

I have seen far worse than whatever they can bring.

I have met a fate far worse than these nightmares can dream.

I am a Nightwalker.

And I continue to burn against these terrors for the sake of others. So they can rest through the night, sleeping in peace. I face their terrors head on, never faltering. Never wavering.

I will continue to fight, because I am a Nightwalker.

And I am not afraid.