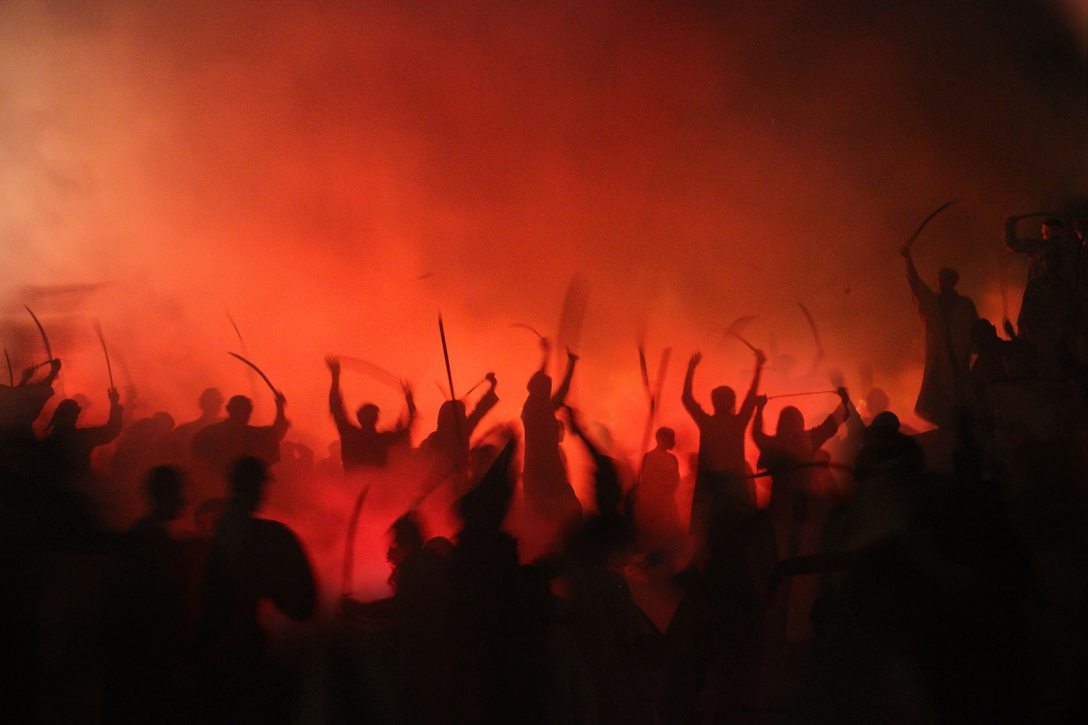 “You should be able to do this already.”

“How can I disarm you when you’re trying your hardest? Can’t you just ease up a little bit? You’re the best fighter in the garrison!”

“Exactly. If you can’t disarm me now, how could you stand a chance against me in The Nest? You can’t be my partner if you can’t fight me.”

Which was a bit disheartening.

Because she was right.

If he couldn’t fight her here, where she was only parrying against him, blocking his moves, defending herself, how could he stand a chance in The Nest?

If it was hard for him now, it’d be impossible later.

He held his sword steady.

There were very few who knew where The Nest came from. How it came to be.

And those people were dead.

Killed by their own folly.

Due to the magnitude and length of The Nest, those who are left assumed that the creators knew what they were doing. Assumed they meant to open this portal. Unleash this hell.

The seventh circle, in fact.

At least, that’s what Captain Turnbull said. And if anyone would know, it would be her.

She’s one of the few who’ve made it in and out alive. Several times, in fact.

If there was an expert on The Nest—and there’s really not—it’d be her.

That’s why it was an honor to be considered.

Out of everyone in the garrison, she thought that I had potential. That my fighting style was genuinely good, that it could be even better.

That I might be able to keep up with her.

That was the real reason, the purpose behind her visiting us, observing us.

She needed a partner to go into The Nest with. Someone who could best her in a fight, if need be.

Why would she be looking for that?

Because that’s just how The Nest is. It’s hell, remember? Which means that awful things happen. Terrible things. Things Captain Turnbull is afraid of, ashamed of.

Things that take over your mind. Cause you to do all sorts of horrifying things.

She needed someone who could disarm her.

Keep her from hurting others while her mind was clouded.

That’s what she needed.

Even if she didn’t realize she needed that for herself, it was still true.

I didn’t know her that well, but I knew enough to be certain:

The screams of her troops kept her up at night.

Those who died in The Nest…

That was why she was here. Why she was searching.

Why we were sparring.

Though, I wasn’t really supposed to be losing…

“Disarm me!” she commanded after one of her blocks knocked me flat on my ass.

Wincing, I got back up.

And I tried again.

I tried until my body was stiff, rigid with bruises.

And then we took a break.

Without a word, Captain Turnbull handed me a bottle of water.

In fact, I drank so much, so fast, that I nearly choked.

She made a thoughtful noise as she sat next to me.

Part of me wondered what was going through her head. But then, part of me realized it might not have anything at all to do with me, or sparring, or the garrison. Probably, she was thinking about the biggest problem at hand.

Fighting it. Getting rid of it.

I’d never been through something that harsh before. Something that can scrape you raw all the way down to your soul like that.

But I imagine that something like that sticks with you.

“Why do you keep trying?”

Her question startled me. Mostly because I was deep in my own thoughts.

But also because that meant she was thinking about me, right?

Either way, I answered her. “Because you need someone, right? Why not fight to have your back? Seems pretty important.”

“Someone else could do it,” she said, not a hint of bite in her tone.

Apparently, she was onto the fact that getting knocked down wasn’t my favorite pastime.

“Yeah, someone else could do it. But, so can I. Why not, right? I know where my head is at. I know that it’s in the right place. Someone else’s might not be. I know you’re a great fighter, much better than me, so who’s to say that the next person won’t figure that out? And who’s to say that they’ll give it their all, like I am? When push comes to shove, will they fight you, or will they kill you? Leave you in fear? Run away? I don’t know about others, I just know about me. And I know for damn sure that I’d never do that to anyone, least of all you Captain.”

She didn’t say anything to that.

She gave the most minute of nods. Eyes closed. Looking thoughtful.

When she opened her eyes, she stood up and offered me a hand.

“If we’re going to be partners, I might as well give you permission to call me by my first name.”

I took her hand.

She helped me to my feet easily. When I was standing up, just a few inches away, I belatedly realized:

I was five inches taller than her.

And she could still wipe the floor with me…

“Jake,” I replied, shaking the hand I was still holding.

“Likewise,” I told her, smiling.

“Good. I’m glad you feel that way, because we’re going to keep going.”

My enthusiasm seemed to surprise her, but she didn’t comment. She just waited patiently for me to grab up my sparring sword.

“Right. Again. And this time, remember—”

With all that said, I lunged into the fight.