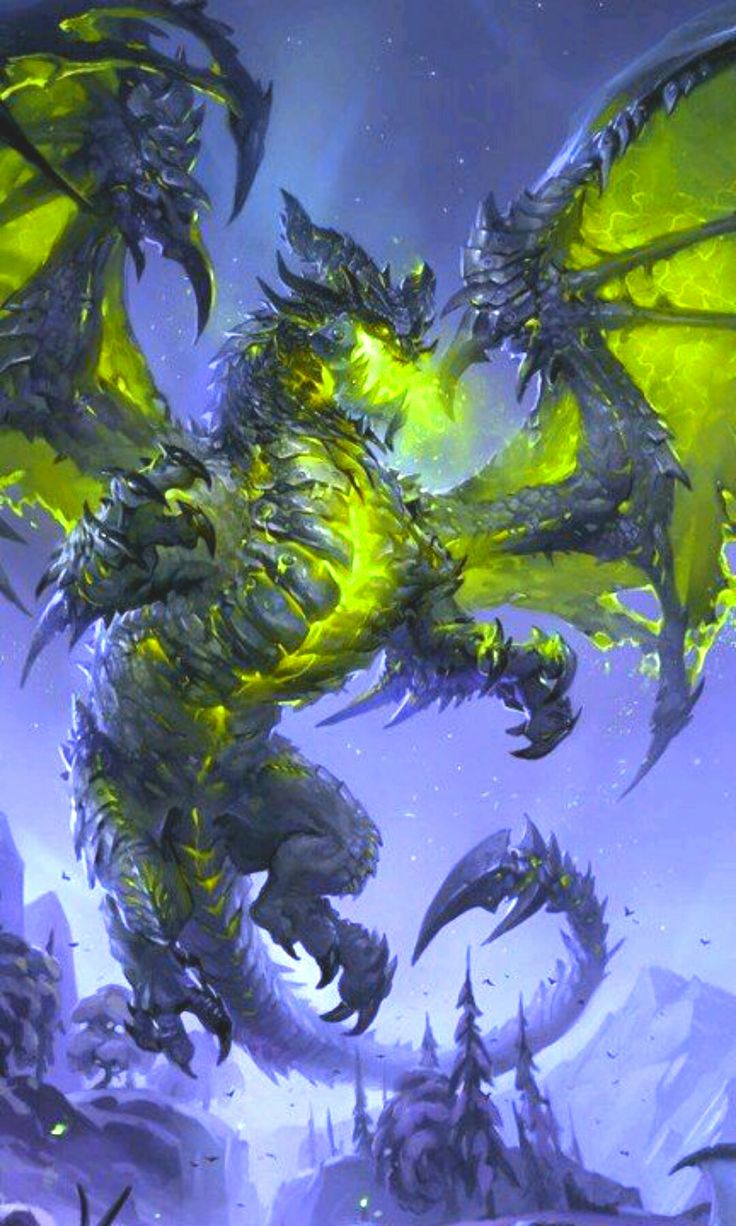 “Every time you say that, a fairy drops dead somewhere.”

“That’s not true. I have great ideas.”

“Remember that time you thought you could fix the cold by releasing thousands of dragons?”

“That time you wanted to depopulate the piranhas so you released a ton of alligators into the lake?

“That time you electrocuted the water to kill off the gators and accidentally nearly killed a boy?”

Honestly, we’ve been through this so many times I don’t know why he still argues.

I’ll be the first to admit that Todd Grumblesnatch is a weirdo. A bumbling fool. An idiot.

But, he’s also a genius.

Not in the sense of his ideas. Nor in his execution of them. In fact, he’s at his worst when he’s thinking solo.

Which is why I’m here.

No. His genius lies elsewhere…

“Todd,” I say, stopping him. “Remember that time you set me on fire?”

“The time you turned me into a newt?”

“Again, that wasn’t on purpose. That was because–”

“That time you decreased the moon size and the whole ocean nearly obliterated mankind?”

Todd sighs. “Okay, fine. I’ll let you do the thinking this time then.”

“Thank you. From me, and from the world,” I reply.

And then, I get to work.

The problem is the salt.

Someone has salted Lord Laurence’s fields.

I don’t know why. At least, I wouldn’t if I suspected it was a villager, which I don’t. After all, these fields provide rations for the poor. Those who can’t afford to feed themselves for one reason or another can go to Lord Laurence and he will give them the food from these fields. It wouldn’t make sense for the regular villagers to poison their own food. Not when they could be sent here at any moment to feed off Lord Laurence’s grace.

No. Not a villager.

I know who did this.

“First, we must take care of the field,” I tell Todd. He looks attentive enough. “I need you to do something to remove the salt. Nothing will grow here ever again if you can’t.”

Lifting his sleeves, he begins.

The markings on his arms slowly begin to glow. First red, then blue, and, finally, green. It reaches up his arms and I see the glow under his tunic. It snakes its way up to his face until it fills his eyes.

Todd is exuding the green glow.

Without hesitating, Todd kneels, burying his hands into the soil. The ground pulses beneath our feet and I see white lace out from the soil. It moves away and away and away until it reaches the other end of the field. Then, it uproots itself, forming a pile of salt.

Todd has just saved the field. Purged it.

Honestly, this is why I work with Todd. Moments like these. When Todd is working–and working seriously–he’s incredible. Breathtaking. Miraculous. I can never get over how much good Todd can do in such a short amount of time.

Todd might be an idiot at times, but I don’t know what we’d do without him.

He smiles up at me, tiredly. Clearly the task has taxed him. Though he hides it well, he’s just slightly slumped over, doing his best to catch his breath.

I don’t know why he doesn’t like for people to know his miracles cost him. More than likely, it’s out of humility that he hides it. Or perhaps he fears what someone will do to him when he’s this weak. After all, that’s why he hired me in the first place.

Regardless, we wait about ten minutes for Todd to recover.

When he does, we head straight back to Lord Laurence’s castle.

“Are we reporting to the Lord now?” Todd asks as we hustle through the field.

I shake my head. “Not at all. Instead, we’re going to pretend as if nothing could be done.”

This is why I was the brains.

“Because, that way, the culprit will reveal himself. Clearly this field is enormous. Salting it by hand would take days for one man alone. And bringing the salt out here had to require several wagons and horses and such. I don’t know how they managed to cover all the tracks around the field, but I don’t doubt that whoever orchestrated this will want a report from the hired hands.”

“You know something Hale? You’re quite smart,” he tells me factually.

I can’t help but chuckle.

At sundown, Todd sends out his raven to find information. See who’s bustling about at odd hours.

It doesn’t surprise me when the bird reports strange activity on the West Wall. It’s the least fortified place in the castle. Perfect for deals best left unseen.

It also doesn’t surprise me to find the future lord there.

Kurt, Lord Laurence’s firstborn, is talking with someone who I know to be an outlaw. His posters are posted all over town.

Through Todd’s telepathy with the raven, he hears their conversation.

Unwilling to hurt Lord Laurence’s son, no matter how dastardly he is, I only fire a warning shot from my bow. It sticks its mark, right in between Kurt and the bandit.

The bandit attempts to flee.

I loose an arrow into the meat on his calf.

“I know who you are Kurt,” I reply, my newly notched arrow leveled at him. “And I know you’re the one behind salting the Poor’s Fields. Think they’re leaching off of your father? How shameful. Even if that is the case, there are better ways to go about it, instead of ruining the potential of such a good field.”

The young man smirks, marring his face so much I can’t see how it was ever handsome.

“And if it was? What is it to you? I am the son of the lord. No harm will come to me. I can disprove you. Show them ten witnesses and I will show them a hundred, all claiming my innocence. I cannot be beat.”

His arrogance paints the picture perfectly for me.

This boy’s arrogance will be the end of him.

“That’s fine,” I tell him. “But you still need to come with me. Your father will want to hear about all this, regardless of your witness count.”

The young lord looks at me, his eyes full of malice. Practically growling, he says, “FINE, I was hoping to save this for later, but I suppose I have no choice.”

And then I see it.

But it’s too late.

The Frost Scale explodes and a giant yeti stands in between the young lord and I.

My resolve abandoned, I let loose with as many arrows as I can, striking the yeti all over. Arrows stick out of his head, his thighs, his chest, yet they seem to have absolutely no effect on him whatsoever.

But then I feel the ground pulse under my feet.

Todd is calling his power.

I feel the power before I see it.

A giant green and blue dragon.

The new Todd looms over me, bearing down on the yeti with blue fire breath and roaring rage. The yeti is overtaken in seconds, his sensitive and plentiful fur bursting into flame before he can ever reach me.

In moments, the attack is over.

Having used loads of power, Todd immediately powers down, returning to normal. Kurt is gone and, although I wish Todd could have gone after him in dragon form, I can’t hold his reverting against him.

He must be exhausted.

His clothes are torn, bare shreds remaining. Being the thoughtful person I am, I remove my cloak and cover him quickly. He’s lying on the ground, groaning a bit.

His voice is groggy, as if he’s just woken up.

“You turned into a dragon and killed a yeti.”

I laugh a little, glad he’s joking. It means he’s going to be okay.

It’s possible for Todd to use too much power. In fact, his father did that once.

It killed him. His father exploded into pieces one night after being in dragon form too long.

What a wretched way to go.

That in mind, I start my lecture, “Todd, do you have any idea how dangerous that was? You could have seriously hurt yourself. What would I have done?”

Smiling, Todd pats my head gently. “Easy does it Hale. You can’t expect me to sit around and pretend I’m useless while you’re in mortal danger. It just wouldn’t be right.” I’m about to start lecturing him again, but then his eyes widen in realization. He says, “What about Kurt?”

As predicted, Todd groans. “I should’ve stopped him when I was a dragon.”

I shake my head, empathy overtaking my desire to lecture. “No. You risked too much going into that form. You’d probably be dead by now if you’d stayed that way. And Kurt would have probably escaped anyhow, after you died and all.”

The former dragon gives me a humorless laugh. “Well, I suppose you’re right.”

“What matters is: we helped the town. The Lord will know of his son’s treachery, and the villagers will be saved.”

This is a frequent argument we have. We both take the stance that if it weren’t for the other, we couldn’t have made it as far as we did.

At the end of the day, neither of us ever wins the argument.

Todd smiles at me. “Agree to disagree, but stay a team.”

It’s strange, being the caretaker of a former dragon. Dangerous. Even tedious, at times.

But, without Todd Grumblesnatch, I don’t know what I would do.